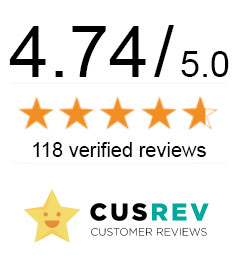 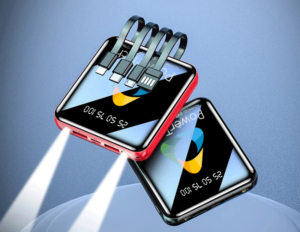 The main function of a battery monitor is to calculate :

Besides, integration of the current flow over time gives the net amount of Ah charged in the battery or dicharged from the battery.
For example: a discharge current of 10A during 2 hours will take
10 x 2 = 20Ah from the battery

The capacity of a battery is rated in ampere-hours (Ah). For example, a
lead acid battery that can deliver a current of 5A during 20 hours is rated at
C20 = 100Ah (5 x 20 = 100).
When the same 100Ah battery is discharged completely in two hours,
it may only give C2 = 66Ah instead of 100Ah (because of the higher rate of discharge and associated Peukert losses).

Ampere hours consumed are calculated by integrating the current flowing in or out of the battery.

The remaining battery capacity depends on :

All electrical connections are to the quick connect PCB on the current shunt. The shunt connects to the
monitor with a standard RJ12 telephone cable.
Included: RJ 12 cable (10 m) and battery cable with fuse (2 m).

Also included with the product :

Show reviews in all languages (1)